About a month ago, several of us responded to VIDA‘s report on the rates at which major U.S. literary and news publishers feature women and men writers. We should not have been surprised to see that the majority of writers in major publications are men, but the figures were discouraging nonetheless. Lest feminists from either gender become too complacent over sexism in publishing, today, at the PDXX Collective, we are writing a response to one particular manifestation of this disparity in publishing: opinion writing.

Women in the Ink

Growing up in Michigan, I’d read the newspaper, or at least the parts my young mind took any interest in. What was very clear to me was the divide of what men wrote and what women wrote. Men were the ones with opinions, the ones who wrote about the serious matters, coming across as authorities whose ideas were displayed bluntly and with our room for debate. Women were relegated to horoscopes and advice columns, where Abbys and Anns would kindly offer suggestions on how to handle familial issues or friendship debacles. Otherwise, the female bylines were attached to pieces on gardening or some other less-threatening topic. I’m not sure much has changed, at least not in the smaller and local papers, which are struggling to survive. Perhaps if they’d be willing to change the way they’ve been doing things the same way for so many years, they’d see women have valuable opinions, too, and can be just as authoritative, if not more so on a given topic. There are young girls reading that paper at the table with their parents while they drink their coffee and do their crosswords. I guarantee it.

There has been so much recent education conversation about 21st century skills, and about how our American students lack them. Communication, collaboration, problem solving, critical thinking and creativity are all on the list. But one thing that isn’t is “seizing opportunity.” Sure, there’s a lot in that phrase, and it’s pretty important to integrate good communication, problem solving skills and creativity into the search for opportunity. But recognizing opportunity, chasing it, tackling it, and making it your own is a different skill all together, and it is one that can change a life course. It is about more than cognitive ability. It is about self-esteem, confidence and self direction. It is about understanding the landscape of life at a very young age, and chasing something tangible all the way into the future.

We can not expect children to know how to do this with out guidance. It isn’t an easy skill. But in a world full of opportunities, perhaps more now more than ever before in our history, we owe it to them to teach it. All children deserve to know the answer to the very serious question: “What’s the point?”

“Thanks for saying what I never could.”
By Emily Walker

I had to moderate a debate recently between a class of eighth graders. The topic was how and whether or not parents should instill boundaries with their adolescents, or whether being their best friend was a better parenting tactic. The example of allowing your teenage girls to dress in skimpy clothes was presented. After ten minutes I sat horrified. The boys were making comments about what it means for a girl to dress provocatively—how it speaks to how she’s “looking to get it.”

More disturbing, not a single girl in the class spoke up. When I pointed this out to them and asked the girls why they weren’t speaking for themselves one mumbled, “Why bother?”

Maybe I fell into essay writing because realized a lot of women I knew had opinions about issues, had life experiences to contribute to the discussion, but felt like their voice wouldn’t be considered valid. Generally, I never directly heard that message from the adults I knew, so in that regard I felt freer to speak up than some of my fellow ladies. However, that doesn’t mean there aren’t repercussions from doing that. After an essay of mine went viral, especially in Vancouver, Canada, I had a whole hashtag devoted to me on Twitter. People, mainly men, wrote about how I was “a bitch,” “a loudmouth,” and wrote detailed accounts of violent acts they’d like to do to me.

It’s hard not to feel tired and a bit defeated as not just a writer, but as a human when that happens.

But this week I came back to Canada and a girl recognized me on the bus. She said, “Thanks for saying what I never could.”

And sometimes that’s all you need to hear.

Breaking In
By Andrea

The OpEd Project is interesting to me in that they appear to groom national women experts in universities, corporations, and community organizations by pairing them with international mentors—a collection of high-level editors and columnist already established as a presence in the media. These are places where women writers are already more inclined to have resources like print houses or access to journals and periodicals submissions. Like most expertise, it’s accomplished by education seminars and workshops. In essence, some paid for writing tools, encouragement, membership, and inspiration. I appreciate the research they’ve done to target their market, but there are plenty of intelligent writers who don’t have the money to “statistically double” their writing presence in this way unless they are already elevated in a university or corporate setting with a background that included education. A level of established professionalism is already assumed. It leaves me with more questions than feel good answers.

If the idea of op-ed was born out of the desire to include more subjective and opinionated journalism and writing of people not already affiliated with the publication, I have to wonder how does one become an “expert” at opinion writing? Do you just shill one solid op-ed piece and get recognized viral style? Do you keep shilling to every media outlet until you are visible enough to do your own thing or get that writing dream job? How does any writer get seen as a media maven who can deftly take in all the information and spin it in their own, quirky, intelligent, philosophical way following a good writing formula? How does one demonstrate an established readership in traditional, new, or social media in an age where you can BUY followers? I think OpEd Project is well-directed and ambitious but I’m not sure that offering “richer,” smarter, more diverse voices is in the creation of public intellectuals to prop up in institutions where they might have the greatest effect. These are powerful and well-placed women who already have an advantage. The rest will have to rely on supportive forums and specific groups around the type of writing they are trying to break into.

No John Hancock
By Tabitha

As a proud non-mom, I’m ignorant of most school-related issues. That is not to say that the state of education doesn’t affect me. The children filing onto buses this morning are the next writers who will feed us, policymakers to shift our nation’s course, doctors diagnosing our middle-age ills. I’d prefer they grow up and excel for my own selfish sake. Which is why seeing notes from the elementary fray, like this piece by Katie Zezima on the dismantling of cursive writing from curriculum, send me into a dystopian tailspin. Twenty-first century children do not need classroom time devoted to learning typing. My friends’ babies can operate their parent’s iPhones before they can walk. Why stop teaching people how to sign their own names? Zezima’s article points out practical pitfalls like forgery risk and unrefined motor skills. But what about personality formed by actually writing across a page? The ability to pen down a fleeting line that pops into your mind before you can fumble an app open? Paper is freedom. You can save it, you can burn it. No one tracks your notebooks or post-its in a data center. When we’ve only raised pixels, have we left anything real behind?

The Pink Ghetto
By Mary

To write in pink or in blue, that it the question for women columnists.

Or, moreover, the dichotomy of options. The “pink ghetto,” you see, as it was labeled by the OpEd Project’s Katie Orenstein, is often limited to the subjects that many women journalists find themselves covering: families, marriage, fashion. I suppose this would suggest that the subjects of economics, foreign affairs, and defense are pursued in the Blue Meadows, or something, by male journalists, of course. However nice the color contrast is, this segregation of gender and subject matter is just not a good thing for any writer, or reader, and the OpEd Project seeks to raise awareness about the “ghettoizing” of women journalists and encourage them to cross boundary lines. 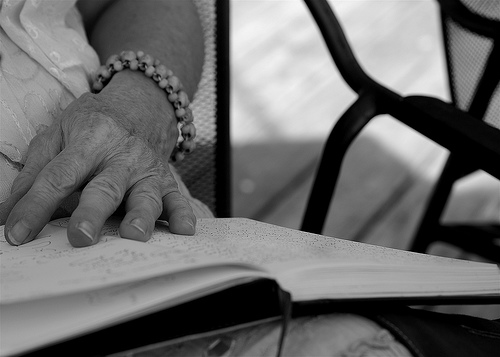 Though recent results of the VIDA report argue against The New Yorker‘s representation of women writers, The Talk of the Town commentary and news section is one of the my most beloved vehicles for the editorial. Sadly for my feminism, yes, most often the “Comment” (the first, usually longest in this section), is written by a man: Jeffrey Toobin, Hendrick Hertzberg, Adam Gopnik, Steve Coll, George Packer, Dexter Filkins. Women writers who have had their commentary featured in this slot promptly become my favorite writers on staff: Margaret Talbot, Jane Mayer, Amy Davidson. A recent column by the first of these women illustrated just how powerful a few well-chosen words can be: “But celibacy conferred—and, despite everything, probably still confers—an aura of purity, of exalted separateness, that protected priests from suspicion, and earned them the sometimes undeserved trust of parents and children.” When Ms. Talbot recently wrote about transgender adolescents, she wrote with a similar grace and close observation. Great journalism does not belong in either ghetto and, luckily for The New Yorker, neither does Ms. Talbot.

Mary Breaden lives and writes in Portland, Oregon, where after work she can often be found gardening or stitching feminist sentiments into fabric. She co-manages Visitant, an experimental literary outlet. Mary’s work has been published or is forthcoming in Bennington Review, Vol. 1 Brooklyn, and Joyland, among others. Follow her @MaryBreaden for biking horror stories, writing craft thoughts, and rants about her cat.
Loading Comments...
%d bloggers like this: