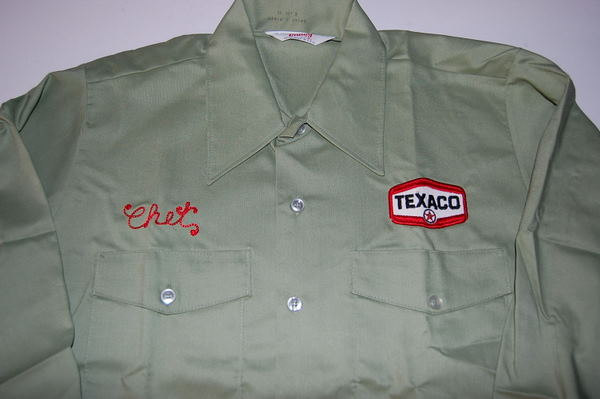 The 19 year old boy at the Texaco service station
Balances and rotates my tires
Well after 4 and nearly 5,
happily, despite the hour
and the slightest frown from the cashier.

And I follow him, ducking in and out of the garage,
moving aside when he brings out the jacks
and lifts and lines to air tools
and I scoot aside as he rolls my tires by.

He complains about Beltway backups
and early morning starts, and not enough time
for work and school but how good it looks
to have been at a job since he was 14,
and that’s 5 years now.

He talks about fixing computers,
not “working in an office all day, that’s not me”
but fixing the hardware.
Electronic circuitry.

His girlfriend doesn’t drink beer
and is deathly allergic to maraschino cherries,
“Even the juice will kill her,” if a bartender is careless.
She hates it when he watches
the trashy women of reality tv shows:
“None of them are beautiful anyway,”
and I know he means ‘not like her’
and he must tell her this,
consoling her and her rolling eyes.

Tobacco dries in the garage, hanging high from the rafters,
as if following my gaze instinctively, although his back is turned,
he asks me if I like Friendship, Maryland better than Detroit, Michigan
He asks me if I ever rode a four-wheeler or an ATV
and I said I had over the dunes
and he tells me about summers spent in Michigan
in those same places.

He values common sense and honest mechanics
and he tells me secrets and tricks and things to look out for.
He’s tall and skinny and constantly hitching up his pants
past his belt so they stay on his small hips.

He checks the air pressure in my tire, fills them,
spits into his fingertips and puts a bright white
dab of saliva into the each of the stems, like a magic ritual
and I wonder where he learned that in his training
— what it’s supposed to do.
Maybe it stops the air from leaking out
that the plastic cap can’t seem to hold back.
Maybe it’s just as good as superstition
because sometimes, that’s good enough for machines
and parts, and events . . . just like humans.

He looks at me, round rabbit eyes,
the hint of a soft mustache,
Maybe a future goatee.
He tells me to have fun at work tomorrow.
And he watches from the garage as I back out.
He waves,
and in the dim glow of my headlights
he looks small
and kind
and beautiful
and I can’t seem to remember the name patch
stitched to his heart.