“Whatever you want, boys, it’s on me,” Joe Laz told his sons, Bill and Lee, at the Kiwanis in downtown Aurora, Illinois. Joe was anticipating steaks or pork chops, a few respectable martinis, perhaps even a slice of something sweet for dessert. Heck, why not? You can’t live your life in a shoebox, he thought. Nodding, he returned to viewing his menu.

The boys had already planned their selections (as per the instigation of my grandfather) and when the waiter approached their table, Bill went first.

“I think I’ll have a bottle of champagne,” he told the waiter. A notation was made and Lee was turned to.

“Good idea, Bill. I’ll have the same,” Lee told the waiter with a grin. Lee glanced at their father, whose attention was still glued to his menu.

Another notation. The young men nervously watched their father slam his menu closed and announce to the table and beyond: “By God, I’ll have a bottle of champagne!”

If you are a Breaden or a Laz, you know this story because it is one that my mother’s father, Lee Laz, told with zest even into his later years.

Why were they celebrating? Whatever the Why, the story we heard was told in a way to show us the scene; the scene was an ordinary night the Laz men made extraordinary. When I listened to the story, I think I heard the nervousness that mingled with Lee’s irrepressible urge to josh his dad, though perhaps that nervousness was my own felt on my grandfather’s behalf. Even as he told the story, I found myself worrying that it would end with someone disgruntled. But the story always ended with the men sharing “a hearty laugh.” The silent moral always seemed to be: See how much fun you can have, kiddo?

You didn’t have to beg Lee Laz to tell a story and everything about the way that he told them mesmerized us: The timbre of his voice (thick Chicagoland accent and slang that my Oregonian siblings and I found curious), the richly recalled details, the confidence with which he would pause to select his words, and his outright enjoyment of the recollection. We would sit out in the spacious house’s cozy patio, on the couch or perhaps literally at his feet, and listen. My mom and her three sisters were extremely useful in getting her father to tell her stories and if I remained quiet enough, I could observe everything without being noticed.

But when I had grown up a little, I would be called on, because Lee (acutely interested in every person he met) wanted to know what the heck I was doing lately. I lived in D.C. for a while and he wanted to hear about that, as he had visited its World War Two memorial before I moved there. (We were both enamored of The West Wing; the fault for that lay with him. Grandpa had a generous habit of burning copies of VHS tapes for my siblings and one summer I found myself unable to sleep without watching at least one episode before bed.) 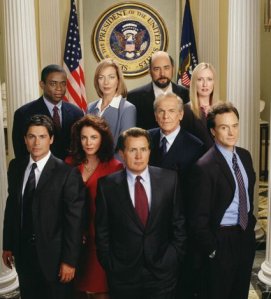 Memory is fluid and that is what makes it a welcoming place for all, especially the elderly. “In the memories of an elderly person, they’re king,” a nurse practitioner and doctor of psychology told my Ethics of Nursing class freshmen year. What happens when that place, your mind’s home, is erased? What does that feel like? What if all the furnishings that made your mind so cozy are blanched?

And yet, a companion remains: He was one who could not restore the walls to their proper shade (a nice pale butter color) in your mind’s home, but he could probably tackle the dishes, hit down a few loose nails in the redwood fence, and make himself a good and proper martini. He stirs briskly and drops the wand into the metallic sink so that it clatters in an irritatingly familiar way. Takes a man-sized pull and smacks his lips to let you know: “That’s a darn good martini.” Maybe that would make the loss of the mind’s furnishings smart a bit less.

To write about my grandfather and our memories, I write about Bette, my grandmother, and then I remember a story about memory that my mom often tells her students. The story was about a memory that both my mother and Susan, her sister, had of a Midwestern rain storm:

Bette and Lee went into a convenience store during a lightning storm, leaving Susan and my mother in the car. While their parents were gone, a cracking apart and heart-stopping silence—a great oak split apart and crashed down upon the back of the car amid the girls’ screams. No one, remarkably enough, was injured. Later, when recalling this story with their mother, the girls were informed that they had forgotten one important detail: they weren’t alive when this happened. However, they had been alive to hear their mother recalling the story and, ever since, it has been hanging in their mind’s home.

When we write and talk about Lee and Bette, we choose our words carefully. They were big-hearted and lived life in a generous way that can only be called beautiful to those who observed from within and without. These things are worth retelling. 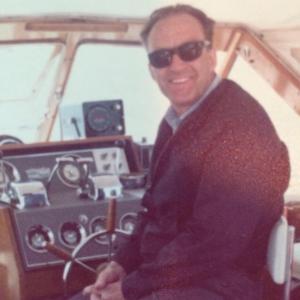 Mary Breaden lives and writes in Portland, Oregon, where after work she can often be found gardening or stitching feminist sentiments into fabric. She co-manages Visitant, an experimental literary outlet. Mary’s work has been published or is forthcoming in Bennington Review, Vol. 1 Brooklyn, and Joyland, among others. Follow her @MaryBreaden for biking horror stories, writing craft thoughts, and rants about her cat.
Loading Comments...
%d bloggers like this: