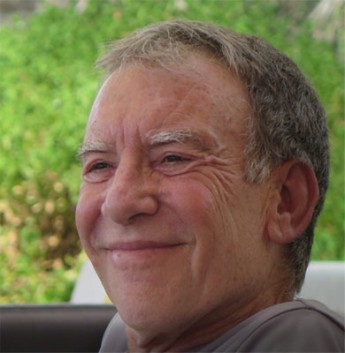 Gerard Sarnat is the author of four critically acclaimed collections. HOMELESS CHRONICLES from Abraham to Burning Man (2010), Disputes (2012), 17s (2014) and Melting The Ice King (2016) are available at select bookstores and on Amazon. In 2015 work from Ice King was accepted by over seventy magazines, including Gargoyle and Lowestoft Chronicle, and featured in Songs of Eretz Poetry Review, Avocet: A Journal of Nature Poems, LEVELER, NY, StepAway, Bywords and Floor Plan. Gerry has read at universities including Stanford.

A virginal poet at the tender age of sixty-four, Sarnat first wrote about caring for the homeless and happenings in the lands of Abraham and Burning Man from the Judean Desert of his heritage to the Black Rock Desert’s annual pagan arts festival. Gerry has built and staffed clinics for the marginalized and been a CEO of healthcare organizations and a Stanford Medical School professor. Married since 1969, he and his wife have three kids and three grandkids with a fourth on the way.

Spawned by genuine Russian nobility
traceable to Yekaterina Alekseyevna (aka
Catherine the Great who wasn’t so great
but that’s another story), unfortunately
this birthright’s not an inherited Viscount
title with mucho glory + power + income
from much of southern Russia, but is rather
genetically premature coronary artery disease.
Laid off from Salinas’ tortilla flat-broke gun
factory, while I am mired in unemployment –
can barely survive on fast-food hash browns
—my pro Second Amendment Hecuba wife
along with anti-NRA mother-in-law lawyer
argue back ‘n forth devouring dusty summer
dog days like a quaint pair of starving rabbits.