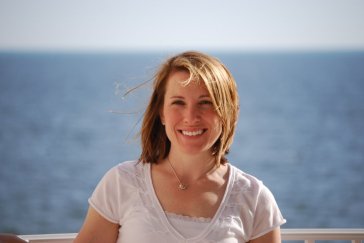 Elizabeth Mastrangelo first started writing fiction on her mother’s Canon typewriter thirty-five years ago. These days, she teaches English to ninth and tenth graders and also works as a freelance ghostwriter, copywriter, and editor. Liz holds an MEd and an MA in English from UMass Boston and an MFA in Creative Writing from Emerson College. Living with her devoted husband, spunky daughter, and sports-obsessed son on the north shore of Massachusetts provides her with endless material for her stories. Liz’s work has appeared in Sheepshead Review, Black Heart Magazine, and Burningword Literary Journal, amongst other publications.

Before the boy’s cleats tore up the Southern grass one last time, before he saw his father on the sidelines, creasing his Army uniform to wipe the dirt from his shoes, before his father left again, before the divorce almost happened. Before his mother moved him and his sister North to the town of The King Unwilling, of witch trials and psychoses on the old village hill. Before the boy faded out and withdrew, pressed his pen to paper, engraved his troubles in a yielding canvas. Before he was the variable in the Algebraic equations, before the brown-haired girl was the answer. Before her smile maybe started messing with his mind. Before the arch of her top lip, just askew over her teeth, maybe made him think about the curve of her breast or her hip or her fingers on his wrist. Before her compassion maybe got too hot and too close, before she asked him to stay past two o’clock in the room smelling of new plastic whiteboards and fresh varnish, light slashing through the blinds and across the walls, and offered to help him on her own time. Before he didn’t need her goddamn help. Before she talked about Tennessee. Before her talking of Tennessee set off hundreds, thousands, of synapses in his brain. Before she tried too hard.

Before her teaching degree reared its revenge, leaving her head without strategy, her body without shelter, her backside on the tile, her student’s hand between her legs. Before she understood, choking under the leaden pressure of a heart made of gold, that while she had meant to teach the young and rescue the world, this was her last lesson: it does matter what happens in life, and you don’t have to be good to survive.

Before the faculty restroom was occupied and locked, before this was just an ordinary diversion on an ordinary day. Before his sneakers glided after her in the half-shadowed hallway, the gait of a big scorer with a shiver in his gut and a cool liquid courage, and before his ghost gloves stalked her to the stalls. Before the whine of the metal door and the sound of the lock snapped the silence in two and flung the pieces echoing against the porcelain. Before she asked him what he was doing. Before the shiver turned to racing, racing desire and the punch of his fist and the swipe of a box cutter, one, two, three, blood pumping and exploding.

Before the chorus continued to sing.

The chorus continued to sing as she left the building, huddled and folded in a blue bin on wheels, thumping down two flights of stairs and out into the yellow orange red normalcy of the autumn after-school routine. Her car waited in the parking lot. All the while the latchkey kids gorged on Supreme’s pizza downtown and the varsity soccer team gathered for practice. They noticed their teammate’s absence, and one of them piped up—he said he had to take care of something—but then they moved on, thinking forward to their math homework and their mothers’ nagging about their ungratefulness, their refusal to put their clothes in the hamper and dishes in the sink. At home, their mothers dreamed for them. Later on, up Route 1, one of those boys would be drifting, carrying his teacher’s underwear in his backpack.

And while the tiny flames hopped on the sidewalk and the pink ribbons fluttered in the trees, in classrooms across the state, pretty young teachers suddenly knew that they were struggling. They realized that to the boys in front of them, they were girlfriends, sisters, sisters of friends, friends of sisters, subjects of fantasy. They were failing at inspiring change. They began looking over their shoulders and propping open their doors, buttoning up their blouses, their mouths, their minds. They thought about baseball bats cracking their skulls. Bullets breaking their ribs. Tires crushing their lungs. They vowed to think twice before criticizing. Everyone had always said that teaching was noble and teachers were underpaid. But their nightmares revealed the danger in the fragility of their power, and in the fragility of the young people they foolishly, arrogantly, thought they could save.

*Author’s Note:
I wrote “The Extra Mile” in the aftermath of the murder of Colleen Ritzer, a 24-year-old math teacher at Danvers High School in Danvers, MA, in 2013. I taught at a private school near Danvers High at the time, and many of my own students knew her and had also met her assailant, Phillip Chism, a 14-year-old freshman boy who was taking one of her classes. It was a horrible incident that penetrated the Danvers community and surrounding towns. This tragedy affected me immeasurably, as Ms. Ritzer’s emotional vulnerability as a new teacher who wanted to “change the world” reminded me of my own naivete when I was 24 and just breaking into the field.