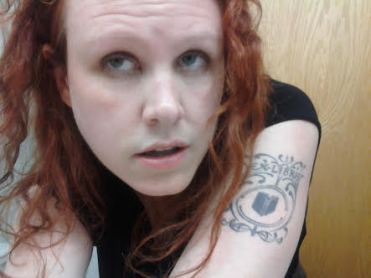 Linda Wojtowick is a writer from Montana now living in Portland, Oregon. Her current project is a collection based around the theme of animal, vegetable, mineral, wherein poem takes its name from a famous racehorse, a type of tomato strain, or a mineral. Off the Coast recently nominated her poem “Mr. Stripey” for a Pushcart Prize. Her work has also appeared in Spoon River Poetry Review, Two Hawks Quarterly, The American Aesthetic, Unbroken, Clementine Poetry Journal, The Prompt, Minetta Review, Ink In Thirds, The Communal Table, Aberration Labyrinth, and The Slag Review.

At the end of tomato season the road to his house bore leaves.
Some neighbors took to fires, to burlap heads shoved brutal onto rakes.
Kids gone, wife six years taken by the sea, he wandered
as pain allowed through rooms, on the path to the lake.
Funny how the hills just west of town became something he feared.
When he was ten, out here with his father hunting quail,
he thought of witches lying flat in the dark of the trees.
Also the tacky pipes of spider mouths, clumps of yellow bees in their silk.

That morning, the morning of his fall, he saw
the buckets by the garden a bright, synthetic blue,
blue like a joke of a happy day. Blue like a scream.
God, how his bones ached. Like the weight of all houses
set dumb on his feet and hands.
Pain, he thought, is like a lover.
You fight it hotly, with stupid tricks.

The night before his tumbling, with some time still left his heart,
he read a chapter of adventure in the north. For an hour
he forgot his body and became the man trussed up in leathers and fur.
Thieves trudged stupid ahead of him over ice.
He dreamed awake of sewet and frost in his hair and a lumpen,
inadequate lamp. His mind grew sloppy with snow.
He rose and made his way to the notebook on the chair, wrote
The men suck their keys and sing their little songs. Then,
You drop your cards sweatily in the hall.

In the morning he would step outside, won over by thin sun.
He’d see the pale rings of mushroom caps nestled in grass.
Some things were true, and could be seen later by those
who found him: that the ladder was cold and slick with dew.
That it sank crooked in the skin of wet dirt. Above him,
against a sky, a bend in the gutter swelled fatly with sticks.
But this is all. Who could tell him not to climb.
Who could hush the grim mischief that entered his mind.

One thought on “Banana Legs”