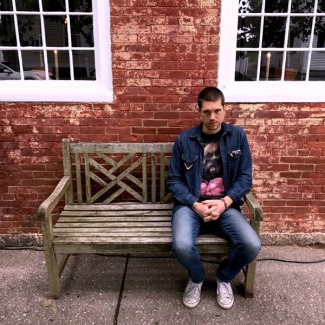 Scott Laudati lives in New York City with his Tomato Frog, Bob. He is the author of books Play The Devil (novel) and Hawaiian Shirts In The Electric Chair (poems).

everyone hates you.
even if you haven’t figured it out yet
dont worry
you will.
it’ll be the confirmation of your biggest fears.
your father saw something better
your readers thought there
was promise.
but they were wrong.
anyone who has ever believed in anything is wrong.
even after you put your grandfather in the ground
after the speech about how you used to sail around
the swamps of eastern maryland
and put chicken in crab traps
to see what kinds of turtles swam in for the flesh
you’ll be wrong.
about how he was your hero once.
you were wrong.
and then your aunt will find his diary
and you’ll read that he was like everyone else.
that he thought you were born with all the promise
and yet you wasted it
on a stupid major
on the women you followed like a new gospel
and all the forgotten words in your notebook
that never amounted to a decent novel,
that you would fall further
than your privilege should’ve allowed.
and you’ll think about your appetite
and how it far exceeds your talent.
and you won’t fight back
because you’ll know
he was right.