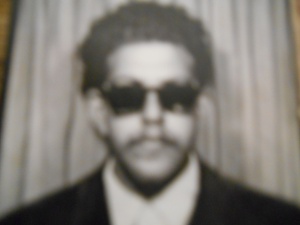 Mitchell Krockmalnik Grabois has had over a thousand of his poems and fictions appear in literary magazines in the U.S. and abroad. He has been nominated for numerous prizes.  His novel, Two-Headed Dog, based on his work as a clinical psychologist in a state hospital, is available for Kindle and Nook, or as a print edition. He lives in Denver.

Sylvia fed from a hive whose honey had the molecular structure of Anxiety. She lived in a row house built by Donald Trump’s father. The huddled masses yearned for thermostats.

(There’s no hill for the hopeful to climb, not one tree to give shade to the rumination of the hopeless.)

Sylvia’s stepfather, my Step-Grandpa Jack, a fat furrier, had one of the first television remotes in the nation, and he warned me that he would kill me if I broke it through overuse.

As a child, Sylvia was anxious. Well before it was fashionable, she worried about the number of animals that Jack had to kill to make all those coats. Foxes and minks and beavers. Of course, Jack didn’t kill them with his own hands, as he did in her girlish imagination.

(There’s no candy bar for the hypoglycemic sawmill worker who takes his break on top of a stack of lumber, stretched out like a splinter that was once embedded in a giant’s hand.)

(There’s no popcorn for the carnival goer who has been tossed out of the carney).

Sylvia was a pioneer of psychopathology. She had to search to find a depressed male to mate with, to prove that the Theory of Evolution was wrong. It wasn’t hard to find one. Depression overflowed its banks, downstream from the Holocaust.

One thought on “Pioneer”