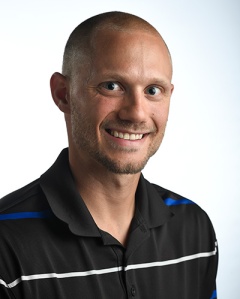 KG Newman is a 2012 Arizona State University graduate and sports writer for The Denver Post. His first two poetry collections, While Dreaming of Diamonds in Wintertime and Selfish Never Get Their Own, are available on Amazon.

A Stadium Named for Beer

Just outside any brewery in this city,
the cicerone assures me,
you are likely to come across
a local history of hardball,
and sure enough out the front door
a vendor fishes peanut bags from a red wagon
alongside a homeless guy with no arms
playing Albert Von Tilzer on his harmonica.

I even think I see Babe Ruth
pedaling lazily on a bike bar alongside
Adolf Coors, whispering something
about a session brew he and the crew
could enjoy in the dugout while
others on the ride rubberneck
at dispensaries and pretend
not to listen in.

And Ninkasi might have spawned
in this warehouse taproom where
I become enlightened by corn hole,
rustic barstools, big screen projectors
with first pitch being thrown out
by a homegrown prospect just called up.

But remember craft drafts gift
wicked hangovers. When I gaze out
the building’s clerestory to a mountain range
no pitching staff can contain,
I do not see mash conversion occurring
in bronzed tuns atop the peaks;

Rather, it’s a heard acid burp rising
through my esophagus, an irritated driver
honking a wimpy horn out on Blake,
then some passing bums arguing about
the state of the franchise, a couple old-time cranks
forgetting the promise of baseball at altitude
was not the same, a quarter-century later,
as its current definition.