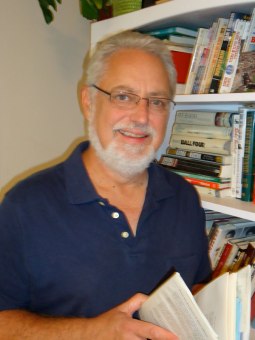 Mark Trechock writes from the Great Plains, southwestern North Dakota. He published his first poem in 1974 and took a 20-year hiatus from publishing, starting in 1995. He retired from a career in church and community organizing work and is writing again. Recent publications include Pinyon, Streetlight, New Limestone Review, andWilderness House Literary Review.

Along our block
A row of leafless
Poplar crowns
Bring to sight
The beehive-shaped
Songbird nests,
Now abandoned
Till late March,
High in a crotch
Lately a boulevard
For a crow’s perch
And its shrieking
Solo gig, while I
Provide a steady,
Squeaky four-four
Dancing beat straight
Down the snowy
Sidewalk, striding
Toward spring.